The armed Barrow-based ships Pacific Heron and Pacific Egret have returned home this week after transporting 331 kgs of plutonium and a quantity of highly enriched uranium from Japan to the US port of Charleston. 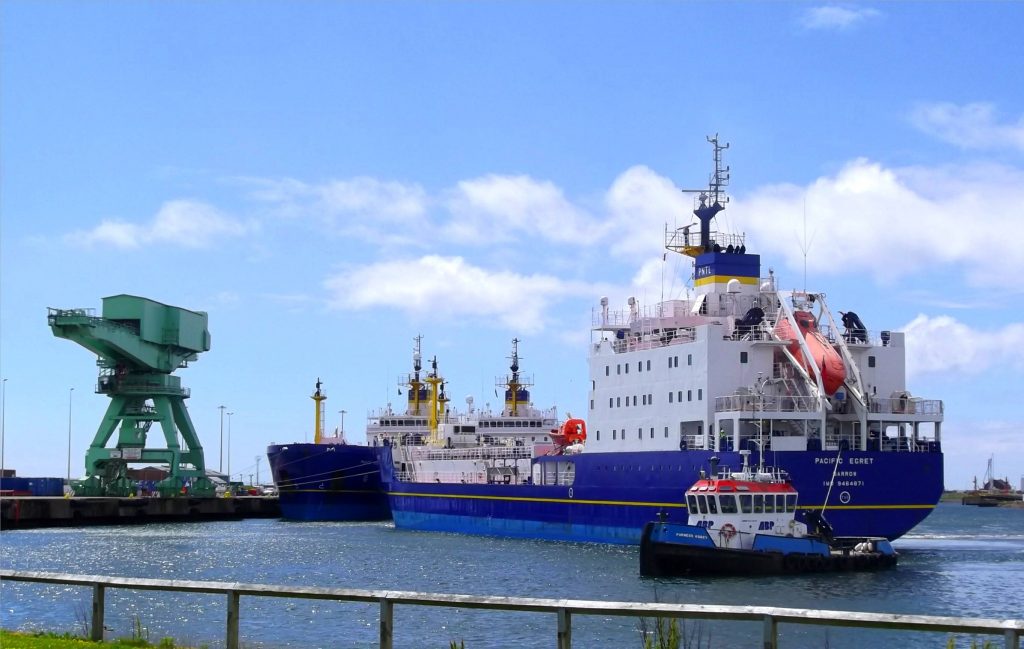 As part of the US National Nuclear Security Administration (NNSA) initiative to reduce the threat from nuclear weapns-useable materials, the cargo is described as ‘posing a threat to national security, being susceptible to use in an improvised nuclear device and preventing a high risk of theft or diversion’.

Originally sailing from Barrow-in-Furness in mid-January, the nuclear materials were loaded onto the Pacific Egret at Japan’s Tokai Mura port in mid-March and, with the Pacific Heron as escort, unloaded at Charleston in early June – some 3 weeks later than projected. Despite official attempts to keep the contentious shipment ‘under the radar’, the ships’ movements were nevertheless tracked by CORE, South Carolina’s Savannah River Site Watch (SRSW) and observer groups in Japan.

CORE’s campign coordnator Martin Forwood said today:
“Whilst the official line is that the shipment arrived in the US as planned, it is becoming increasingly clear that the ships’ projected arrival at Charleston from Japan was deliberately delayed by NNSA for security reasons. However justified, the decision resulted in the plutonium being kept at sea three weeks longer than necessary on ships travelling at significantly reduced speeds and using course changes as an ‘evasive’ tactic. By its actions in keeping the plutonium cargo at sea longer than necessary, NNSA has exposed the weapons-useable materials to the very risks it professes to guard them against”.

The dates of the ships’ departure from Japan (22nd March) and ariival at Charleston (4th June) are not in question. Despite a 7 week transit time from Japan to the US via Cape Horn or Cape of Good Hope (the Panama Canal route ruled out by the US) being widely accepted as a norm by shipping organisations, the 10-week transit time taken by the Pacific Egret and Pacific Heron on this voyage can therefore have stemmed only from some form of ship malfunction, an unscheduled port call, a combination of both or an official decsion to delay arrival in the US for security reasons.

When raised by CORE with UK ship managers International Nuclear Services (INS) – a wholly owned subsidiary of the Nuclear Decommissioning Authority – the possibility of ship malfunction or additional port call were denied. Instead, the observation was floated that those in charge at Charleston were entitled to re-arrange ship arrival dates as they saw fit. This oblique reference to an NNSA involvement is given further credibility by the exchanges between SRSW and an NNSA official at the time the ships departed Japan, the latter aggrieved by the broadcast by SRSW Director Tom Clements of the ships’ projected arrival at Charleston around mid-May.

The possibility that problems with the ships themselves played a hand in their late arrival in the US cannot currently be ruled out and the antics of the Pacific Egret’s return to the outer port limits of the Cornish port Famouth – rathan returning directly to its Barrow home part – fuels the suspicions of some earlier malfunction. For after its 3880 mile voyage from Charleston for just a five minute rendezvous at reduced speed with a small pilot-type vessel some 7 miles outside Falmouth on 17 June, the Pacific Egret  promptly turned tail and headed towards the Irish Sea where it spent the next 3 days zig-zagging at half speed off the north Cornish and Bristol Channel coastlines before heading home to dock at Barrow on 20th June.

Martin Forwood added:
“With the safety and security of nuclear materials at sea so compromised in this instance, there’s little doubt that public confidence in such shipments – already at low ebb – has been further dented by this less than text book voyage. We will be seeking the fullest disclosure of the events resulting in the delayed arrival at Charleston and trust that lessons learned will serve to rule against any further sea shipments being made”.